The modern kitchen is streamlined, practical and open with the avoidance of clutter and excessive decoration. It employs four key principles: less is more, symmetry, disguise, and bold, pioneering statements.

Sometimes less really is more when it comes to design. Paring back elements to bare simplicity creates an elegant and understated modern kitchen. This design philosophy (started in the Bauhaus movement) allows for totality and unity within a space. You must keep function at the heart of your modern kitchen when using a “less is more” philosophy. 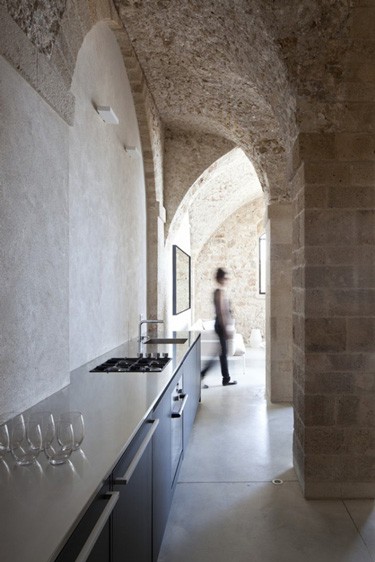 This modern kitchen sits beautifully in this space. The arching ceilings contrast with the simplicity of the kitchen. Clean, minimal and understated, this kitchen epitomises ‘less is more’. 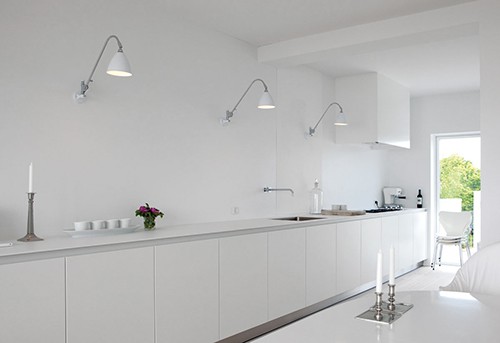 Strikingly simple, this white modern kitchen is pared back to the basics. Lighting replaces the wall cabinets, adding a sense of space and light. 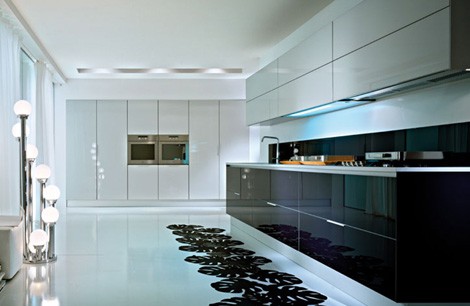 The human eye appreciates symmetry as a symbol of beauty. Modern kitchens rely on symmetry to create order and unity. A perfectly symmetrical kitchen, however, may not be possible or even ideal; but symmetry is optimal for places where the eye sees repetition. For example, in a straight run of tall cabinets along a wall, using four 600mm cabinets looks better than using two 500mm and two 700mm cabinets.

Symmetry is created in this modern kitchen design with adjacent doors the same size. This creates balance, unity and proportion. 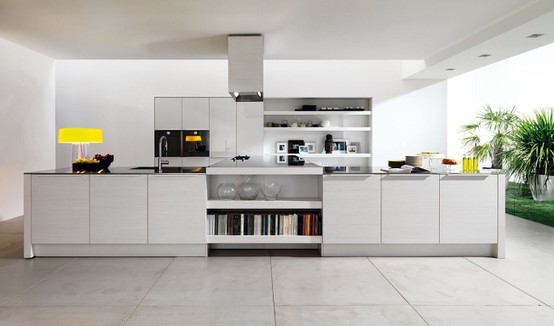 As the modern kitchen integrates into living space, it may no longer even look like a kitchen. Whilst remaining functional, the modern kitchen can transform into a piece of furniture by using such things as integrated (hidden) appliances, handless cabinets, and interesting material choices. 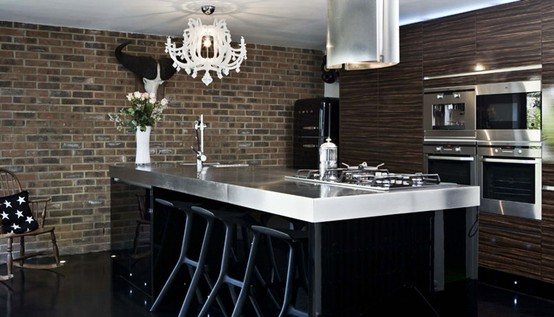 Tall handless cabinets create a back wall that works with the adjacent brick wall. The black island and chandelier add a sense of drama, theatre and fun.

A modern kitchen doesn’t always have to be understated. Introduce bold statements with colour, kitchen island design, lighting and materials. Have fun with your modern kitchen. 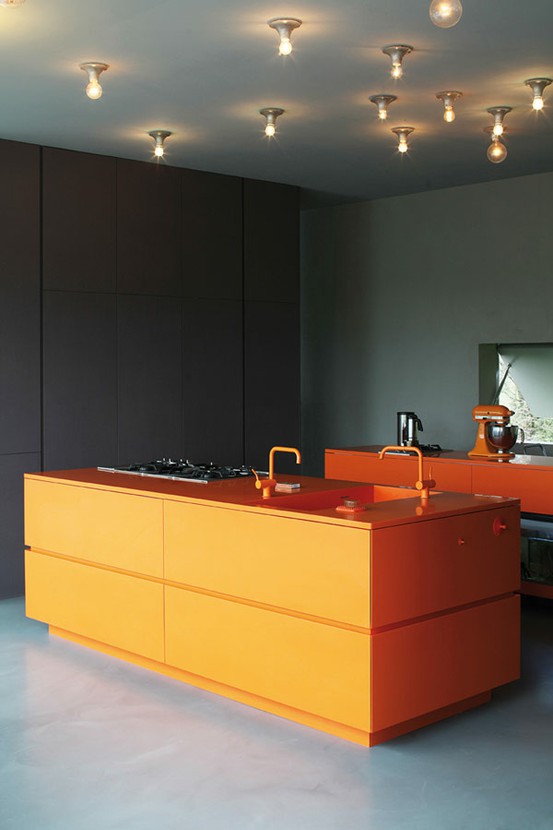 Colour shouts a bold and bright statement in this kitchen. The completely orange island adds playfulness and drama. 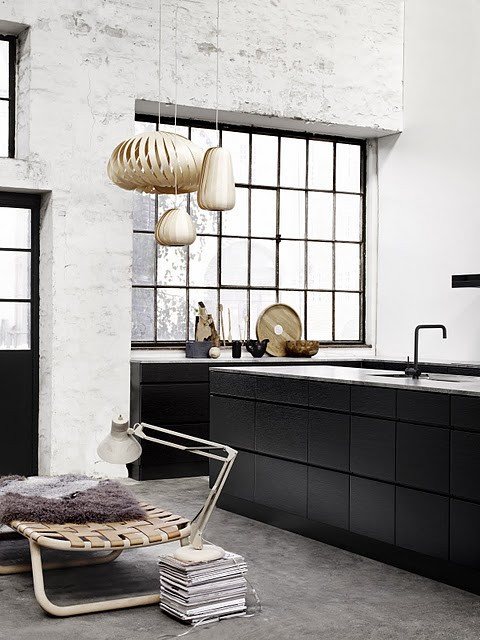 This modern kitchen retains the restored original architecture of the space. Black cabinets, coupled with the lighting feature and textured walls, make the kitchen both classic and classy.

Modern kitchen designs depend on the space for which they are created. As a design concept, modern kitchens stay streamlined, functional and open. After paring back your design to the bare minimal, introduce disguise or make a bold statement within the space. 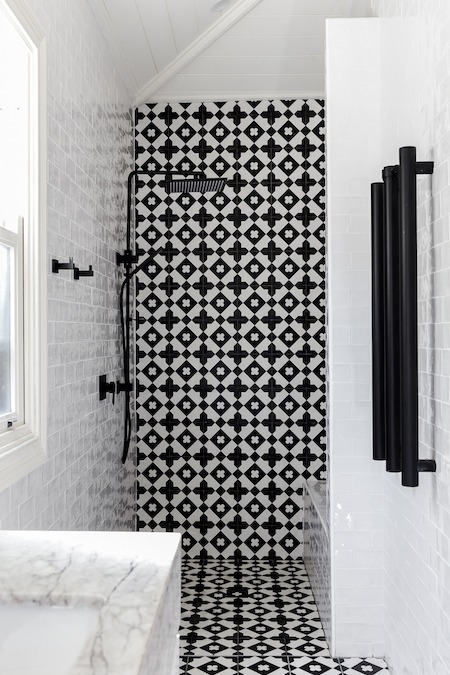 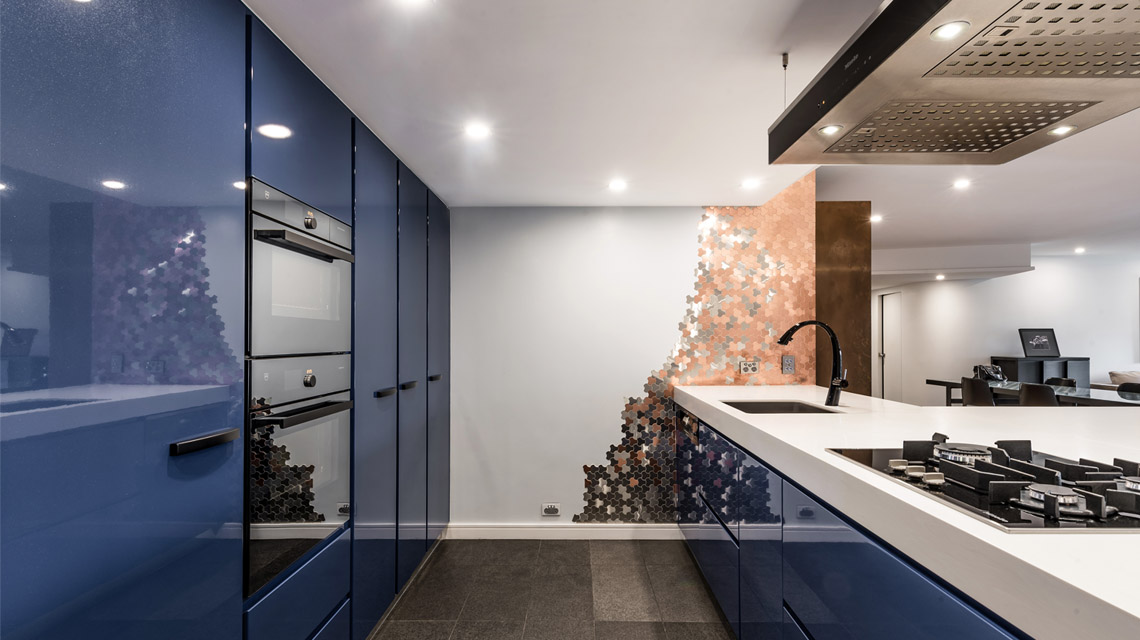 A Blue Kitchen in Rushcutters Bay 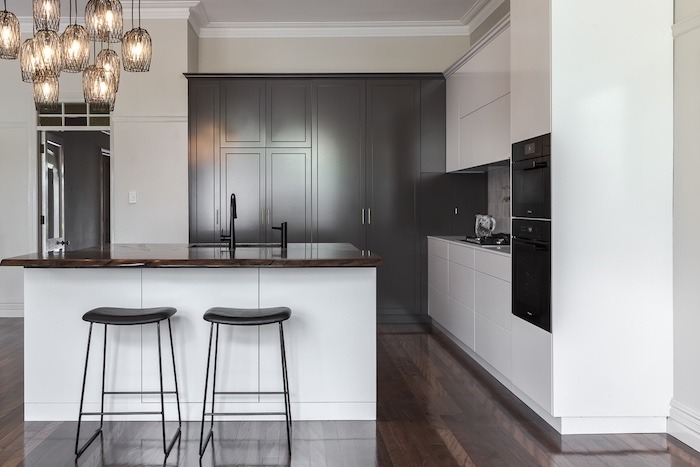 This Drummoyne Kitchen Is Australia’s Most Popular Kitchen in 2018 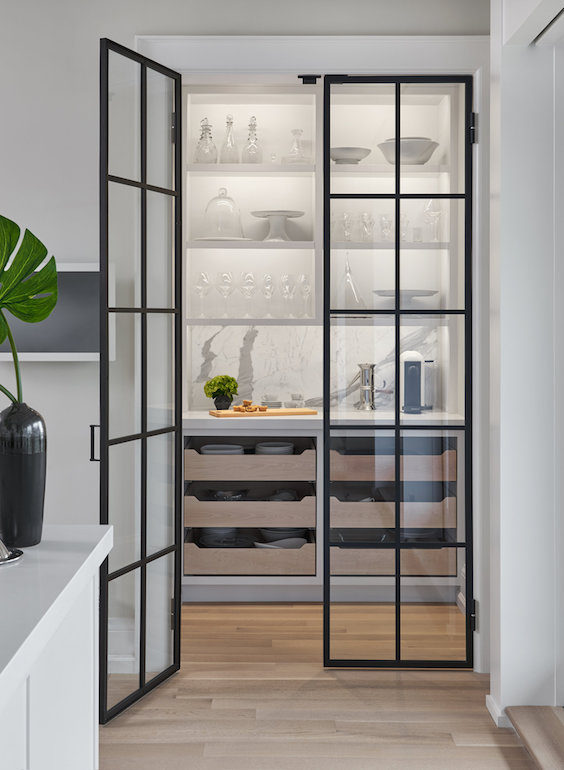